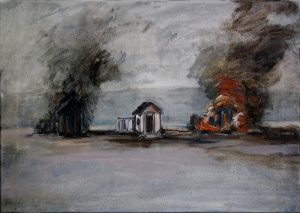 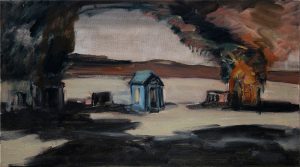 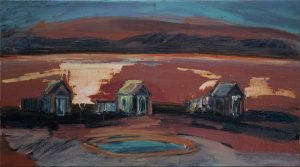 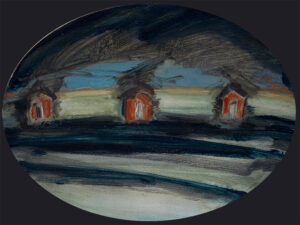 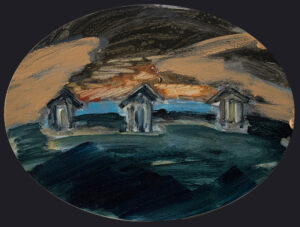 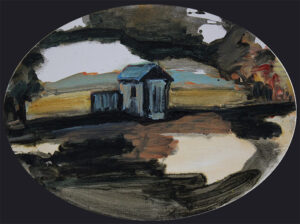 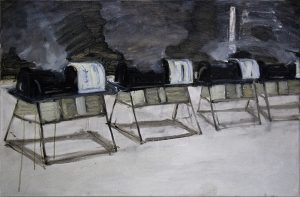 Dense smoke cast heavy shadows across the Nevada Test Site.
This series was inspired by a film of the same name, the House in the Middle:

"The dingy house on the left. The dirty and littered house on the right. Or the clean, white house in the middle. It is your choice. The reward may be survival."

Producer: National Paint, Varnish and Lacquer Association
Sponsor: National Clean Up - Paint Up - Fix Up Bureau.
Produced with the cooperation of the Federal Civil Defence Administration. 1957

Operation Plumbbob
The painting was inspired by a still from a film of de-classified military footage of nuclear radiation experiments performed on pigs, during the weapons test Operation Plumbbob. 1957