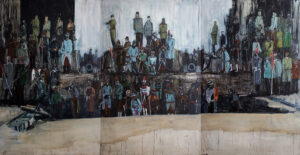 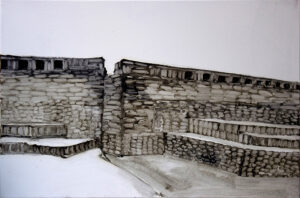 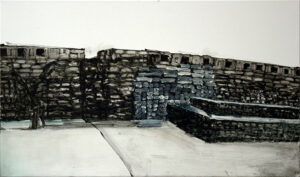 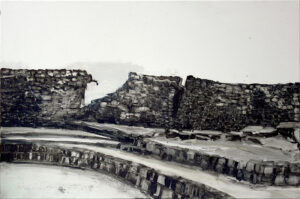 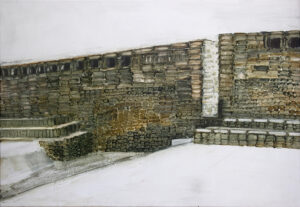 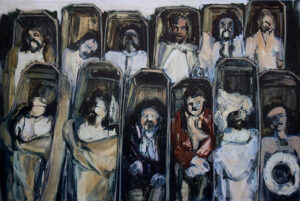 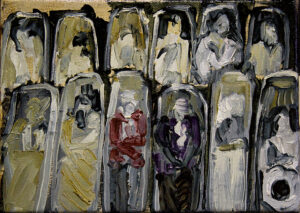 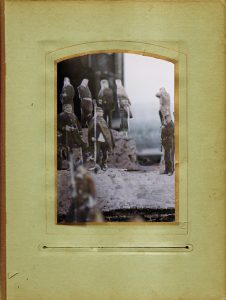 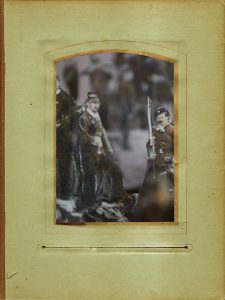 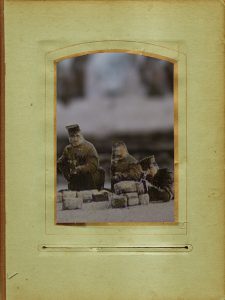 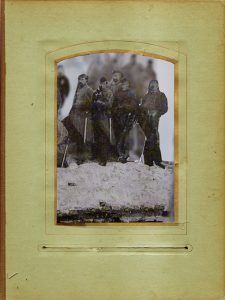 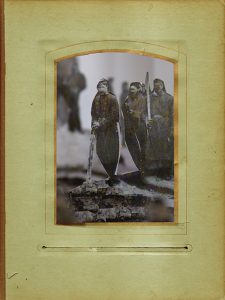 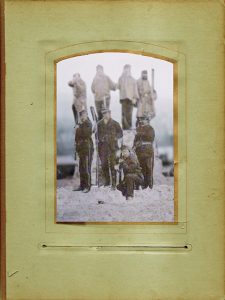 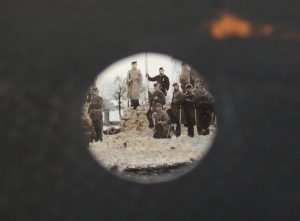 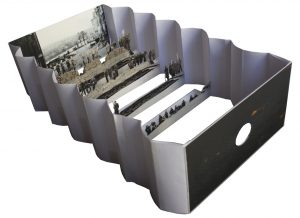 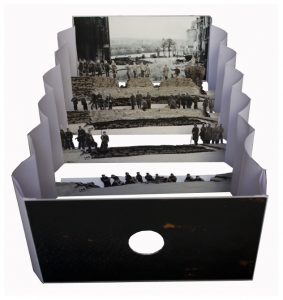 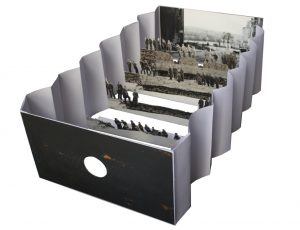 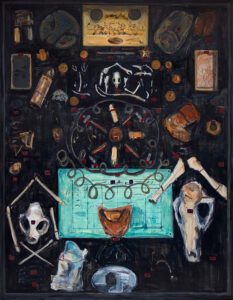 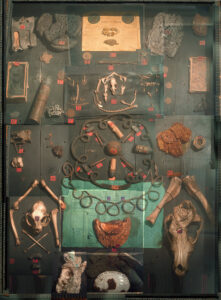 'Revolution is a drama perhaps more than a history, and its pathos is a condition as imperious as its authenticity.'
Auguste Blanqui 1871

‘... And this is what separates Goodger’s paintings from the Commune photographs. For where the photographs hold on to their subjects, isolating them as individuals and trapping them forever in a moment of impossible time, Goodger lets them go, releasing them back into the flux and flow of the Atomic ocean in which everything is interconnected and the physical separation imposed by time and space dissolves...’

La Vitrine de l’Année Terrible is a mysterious and monumental curiosity cabinet, apparently constructed by a Parisian sign painter, Nicholas Kohl, in July 1871. Paris had just undergone two sieges, during the Franco-Prussian war and the Commune in 1870-71. Kohl left a list of every item in the cabinet, all of which were carefully numbered.