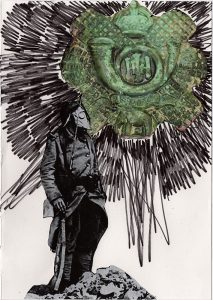 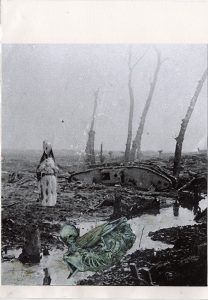 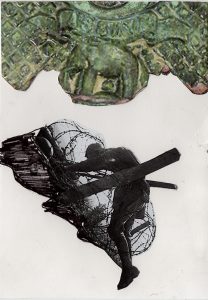 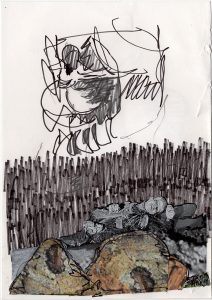 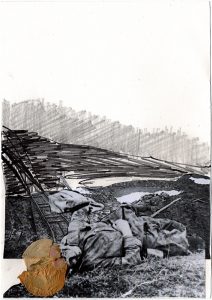 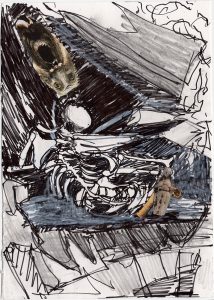 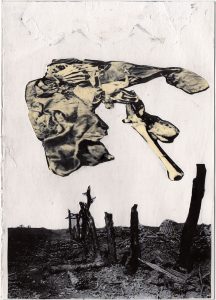 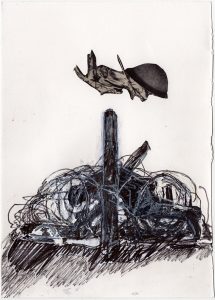 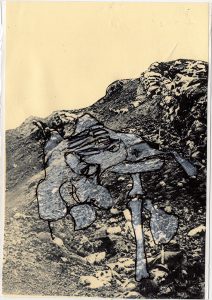 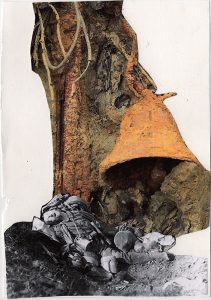 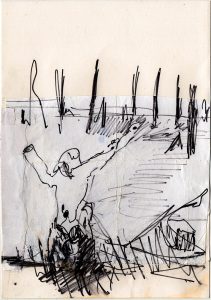 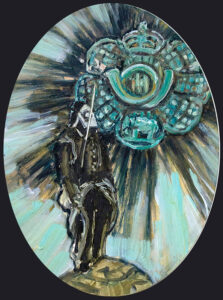 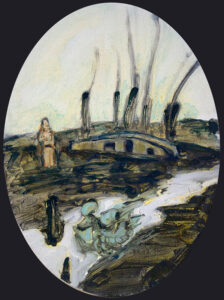 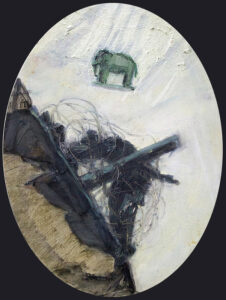 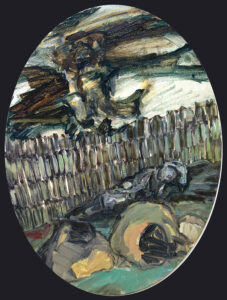 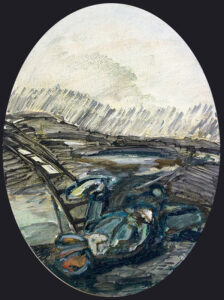 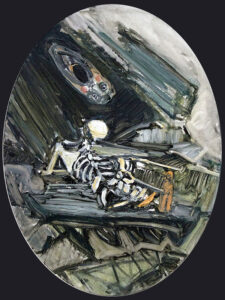 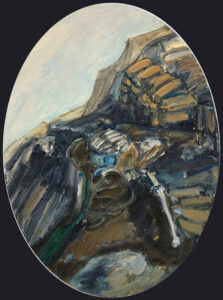 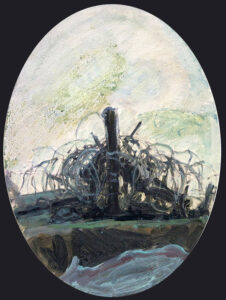 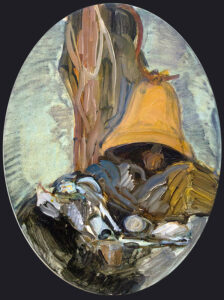 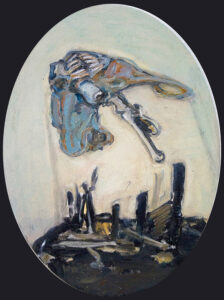 Full fathom five thy father lies;
Of his bones are coral made;
Those are pearls that were his eyes;
Nothing of him that doth fade,
But doth suffer a sea-change
Into something rich and strange.
Sea-nymphs hourly ring his knell:

From Shakespeare’s, The Tempest, Act I, Scene II.

Ariel is a wind spirit, so he is invisible. His job is to lure the shipwrecked survivors into following him through his song, carried on the wind. He is delivering the (false) news of the death of the father. I found there to be something deeply poignant about the magical notion of transformation, a sea-change, of bones to coral and eyes to pearls .

During an extensive search through the photographic record of The Somme battlefield, looking for my grandfather’s regiment, I began making photomontages and collages. Concerned with something I could never really know and somewhere I could never really go, these  re-configured elements became depictions of somewhere new, floating worlds, connecting the present to the past.

The collages created a starting point for a series of small, oval oil paintings, which make up the, Pearls series.