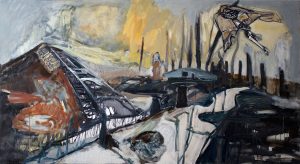 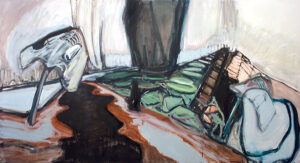 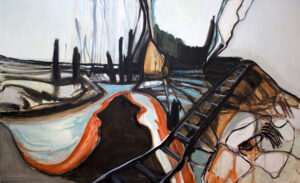 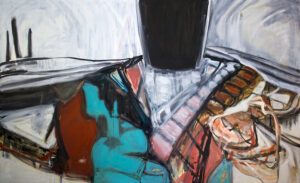 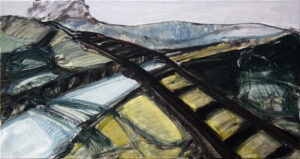 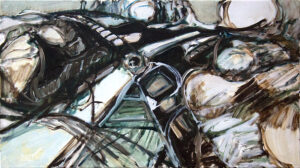 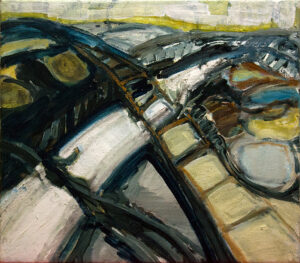 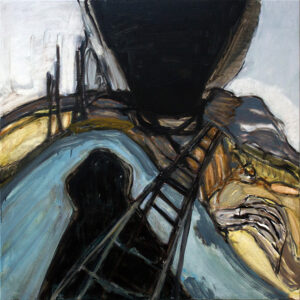 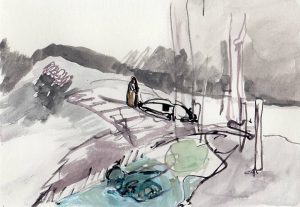 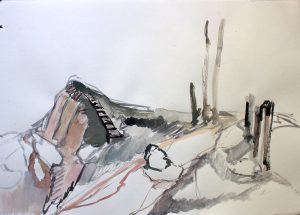 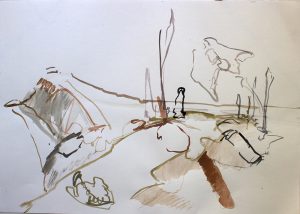 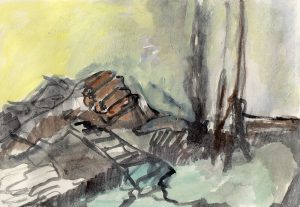 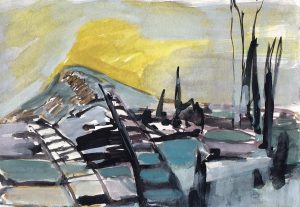 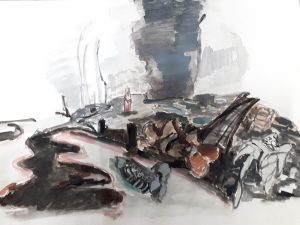 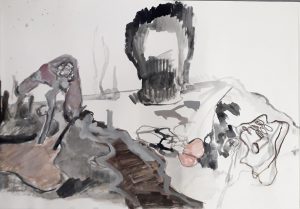 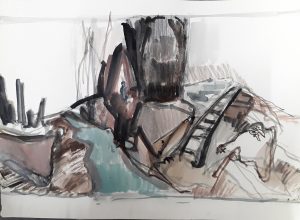 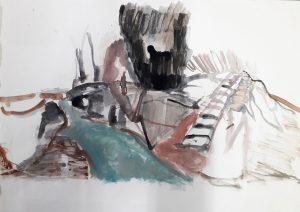 ‘‘ .. the most convincing character of reality is the unreal quality of the scene … It is like a battle in a dream, fought out amongst green hills and flowering hedges..." Passchendaele, 1917  Paul Nash

Nash’s description of this dream-like quality of the battlefield, of the immersive, unreal feeling of the war zone, gives the total destruction of the landscape a troubling and alluring beauty.  Nash’s paintings as a war artist inspired my way of thinking about the battlefield in my own work.

My maternal Grandfather, the same age as Paul Nash and on the Somme at the same time, was wounded by an artillery shell in August of 1916 and suffered from shell shock. Through an extensive and unsuccessful search of the photographic record of the Battle of the Somme, looking for my grandfather’s regiment, I accumulated a vast amount of visual material.

The Valley series began with collages made from the photographic record, which later inspired the large, panoramic oil paintings. Through  its numerous re-configurations, the landscape of the Somme is still here, yet it has developed into something other, perhaps outside of time, or encompassing different times and transformations.

The Red Zones are now dreamscapes, where the Earth absorbs the trauma of the explosion into itself, then expresses it by breaking up, splitting into angular shards, and forming opaque streams or pools. What is lost and destroyed is reclaimed and reconfigured in different ways in each work.